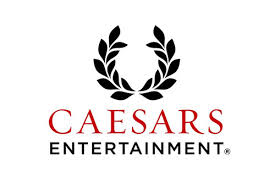 The iconic land based casino operating company Caesars Entertainment Corporation, through its subsidiary company Caesars Entertainment Operating Company has made the purchase of all non-gaming assets of the Atlantic Club Casino Hotel. The sale was made as part of a bankruptcy auction in New Jersey and all that’s being waited upon is the approval of the bankruptcy court.

This means that Caesars own the actual property and the current owner will be shutting it all down on January 13th. The gaming assets were thought to have been purchased by The Tropicana who will take ownership of 1,641 slots and 48 gaming tables for a price said to be $8.4 million, while Caesars paid $15 million for the 800 room hotel. Caesars has no plans to use the property as a hotel and casino and it will be used, in some way, as part of its other 4 properties.

The Demise of the Atlantic Club Casino

It’s no secret that land based gambling in New Jersey is having a hard time at present and for Caesars to attempt to turn things around at the Atlantic Club would have been a monumental task, and maybe one less casino in Atlantic City may be to the benefit of all. The closure on January 13th does however mean that sadly 1,600 employees will lose their jobs. In the past 6 years a total of 6 Atlantic City casinos have filed for bankruptcy and even the new Revel Casino looks in deep water at the moment. From a New Jersey Online Poker perspective this means that of course the Atlantic Club license will just disappear and again, maybe that is not such a bad thing in the long run. All said, it has been a very rough ride for the Atlantic Club over the last few years, and the whole PokerStars debacle on top of sliding revenue surely didn't help matters, but this is now the end of the road, however many observers have stated that we could in fact see a few more establishments fall by the wayside in New Jersey.