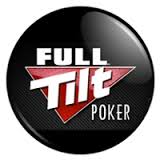 Great news for former US online poker players at Full Tilt Poker as they begin receiving their money from administrator the Garden City Group. It’s taken almost three years however after having money seized on Black Friday players across the States are breathing a huge sigh of relief as cash starts appearing in their bank accounts. As of writing a total of $76 Million has been handed out to over 27,500 players in round one of the payments with more on the way to individuals who had filed their petitions incorrectly. Players receiving the cash will see that the money has been paid with a reference that says ‘DOJ POKER STARS POKERPAY01’ and that must have been a very welcome sight after all this waiting.

For many the fact that this is all now over will be a big relief, especially those players who had a large amount sat in Full Tilt on the day of closure. It has to be remembered that at the time a large amount of players at Tilt had large bankrolls that they had built up over a long period of time, and to see that be taken away was a whole lot more than just an annoyance. Many players made their living on the tables of Full Tilt with the shutting of shop being more than just a tiny setback for them. It’s been a long three years, and one of the most frustrating things for players has been the fact that the money has been sat there the whole time, and it was all administration work that was what the wait was about. The talk of how the repayments were handled will be ongoing for many years no doubt, and many players will never forget how Full Tilt handled customers money as the details of the whole operation filtered out, however for most players at least now they have their cash, and some kind of closure.